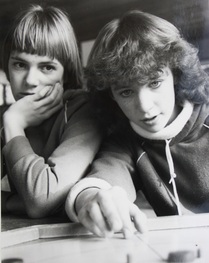 For those of you who aren't familiar with our connection with Heidi, here is the story. When Candace went missing 31 years ago, one of the reasons we knew she hadn't run away, as the police suspected, was that her "best" friend, Heidi, was coming in from Gimli that day. Candace would never let her friends down if she could help it. We used their friendship and love for each other as evidence to convince the police that this was a serious abduction and that they needed to act. Even the community, who had seen them together at Camp Arnes, knew this to be true and joined in the search.

Over the years it became apparent to us and others that Heidi's loyalty to their friendship never died. It is a touching story of how, "Friends are truly friends forever." Heidi died, Tuesday,Jan. 26, 2016, much too young, leaving a family o​f four wonderful children, and a devoted husband. As we mourn them both, heaven has become even more real.​ 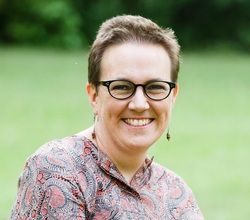 It is with profound sadness that we announce the passing of Heidi Colleen Harms Friesen. After a long and courageous battle with colon cancer she moved peacefully to her eternal home on January 26, 2016, at the age of 44. Left to cherish her memory are her husband Elroy and their children, Keira, Alistair, Yuri and Isabel; her parents Dave and Fran Harms and her sisters, Lucille and Darrel Toews (Jen and Scott, Lisa and Peter, David), Elaine and Brian Friesen (Danielle and Brian, Jackie and Dave, Josh and Natalie), Eleanor and Darrell Friesen (Tyler and Jessica, Travis and Rachel, Kelby and Michelle, Kaitlyn); her parents in-law Al and Laura Friesen and their children, Lynelle and Jeff Thiessen (T.J., Brynae, Hailey, Delainey, Madelyn), Donavan and Kendra Friesen (Makayla, Ryker, Talia, Zeya), Terrilee and Darryl Friesen (Tyrsa, Mila, Caedmon, Declan), Suman and Vineet Sharma (Shreya), and a large circle of dear friends and extended family.

Heidi was born in the town of Morden, Manitoba to Dave and Katie (Janzen) Harms, and her early childhood years were spent in Roseisle, Manitoba. These years were sadly interrupted at the age of 7 when her mother fell ill and died of colon cancer at the age of 43.

A while later, her father married Fran Lepp from Dalmeny Saskatchewan. As a newly blended family, they moved to Camp Arnes where Heidi’s father was employed as the Maintenance Manager. These were defining years for Heidi. She enjoyed the movement of the water on Lake Winnipeg, working at the corrals, and the evening worship in the wigwam with the campers.

Heidi spent countless happy hours there with her friends, including her best friend Candace Derksen, whose father was program director. The two of them were “camp brats” and shared a kindred spirit, enjoying entire summers together, mingling with the staff, welcoming the influx of buses bringing new campers every week, and then participating in whatever programs they wished. It was during these years that she also became friends with Elroy.

Her life was again abruptly interrupted with the disappearance and murder of her best friend Candace in the city of Winnipeg in 1984. This tragic event had a lasting and deep-seated impact on Heidi's life.

Heidi graduated from Steinbach Christian High School in 1989, and received her Bachelor of Religious Studies degree from Steinbach Bible College in 1992. She was reacquainted with Elroy at SBC, and they started dating at the end of college. They were married on June 26, 1993 and Elroy began his teaching career in music at Steinbach Christian High School in 1995. Heidi was known for her support of his career, travelling with him, moving to Illinois to study, and then back again to Winnipeg.

Because of the murder of her close friend, Heidi also became interested in working with crime victims, writing for Pathways, a journal for justice, and taking part in the ongoing trial processes. This is when her interest in photography blossomed (an interest that started when she was just 13) and she had a showing with Victims’ Voice at the Mennonite Heritage Centre Gallery. She freelanced as a photographer doing portraits, events, and Elroy’s concerts. Heidi’s love of nature and fascination with all of God’s creation was captured in her photography. She also loved to photograph children - especially her own four and her many nieces and nephews.

Although Heidi worked part-time at the University of Manitoba's Faculty of Music for 7 years, her focus remained on her family. She relished being pregnant with each of her children and absolutely LOVED having her babies and toddlers underfoot. Her camera was always nearby and in frequent use while she spent time teaching them, playing with them, cultivating their many talents, travelling with them on countless family road trips, and constantly guiding, encouraging and challenging them to pursue a personal relationship with God. Her children were her pride and joy.

Since childhood Heidi was actively involved in her home church communities wherever her home may have been; she volunteered countless hours in music ministry, photography, journalism, cooking, hospitality and childcare. Soul Sanctuary was her home church for the last 9 years - this was a place of spiritual renewal, repair and rejuvenation for her. Many meaningful relationships were fostered here - friends that walked beside her on the difficult path of cancer. Even on her sick-bed, Heidi faithfully prayed for her many family members and friends and colleagues; she continued to wrestle with her faith and write many pages in her journals and diary.

During her long journey with sickness, and right until her passing, Heidi exemplified the fruit of the Spirit in what she said and did - love, joy, peace, patience, kindness, goodness, faithfulness, gentleness and self-control. She was a blessing to her family, friends and care-givers alike. Heidi, your smile and laughter will not be forgotten. Your heart and spirit touched many people. Thank-you for the example you have given us.

The family would like to thank the doctors, nurses and health care aides of CancerCare Manitoba and the palliative care unit at St. Boniface Hospital for the exceptional care given to Heidi during this journey.

A celebration of Heidi’s life will be held at Soul Sanctuary, 2050 Chevrier, on Wednesday, February 3, at 10:30am followed by interment and light lunch. We invite friends and family to wear something red (Heidi's favourite colour) to help with the celebrations.

Memorial donations may be made to the Candace Derksen Fund. Follow the links at candacederksen.com
Memorial Donation 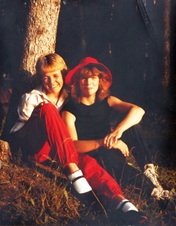 The two best friends were just 13 years old when one of them went missing and was found murdered. Now, Candace Derksen's closest pal and most kindred spirit, Heidi Harms Friesen, has died.
Friesen, who was married with four children, died from colon cancer Tuesday in Winnipeg. She was 44.
"There is huge grief," said Wilma Derksen, Candace's mom. Friesen remained close to Candace's family after her best friend went missing Nov. 30, 1984, and her frozen body was found six weeks later in a shed under the Nairn overpass. The tragedy forged a lasting bond.
"What we don't realize is that in traumatic times and times of great fear, there are times of great intimacy and connection," said Derksen, an author and advocate for crime victims.
She visited Candace's best friend in the palliative care unit the Friday before she died Jan. 26. Friesen shared a deep faith with Derksen, who asked the dying woman to pass along a message to Candace.
"There is a kind of celebration in thinking of the two of them meeting again," said Derksen, who didn't share the contents of the message but said she hugged her daughter's best friend.
"It was the most intimate moment we ever shared," said Derksen. "There is still beauty in goodness and beauty in memories and love and anticipation. We have a vivid idea of heaven, and in that we have comfort."
Friesen's funeral is scheduled for Wednesday at 10:30 a.m. at Soul Sanctuary, 2050 Chevrier Blvd.
The girls' close friendship started the summer they met at age 11 when both their dads were working at Camp Arnes. Two years later, when Candace went missing, it was their strong bond that convinced police Candace hadn't run away. She was looking forward to a visit from Heidi that weekend and wouldn't have missed it for the world. That compelled the police and others to start looking for Candace right away, said Derksen.
The families stayed connected because of their shared love for Candace and the tragic story that has continued unresolved to this day.
Mark Edward Grant is scheduled to be tried on a charge of second-degree murder in January 2017. Grant was convicted in 2011 of killing Candace, but the Manitoba Court of Appeal overturned the conviction in 2013, and that ruling was later upheld by the Supreme Court of Canada.
After Grant's initial sentencing in 2011, Wilma and Cliff Derksen hosted a gathering in their backyard where Friesen had many guests fighting back tears. She spoke about the weekend sleepover with Candace that never happened. She told the gathering how she'd met Candace at age 11, and they quickly became best friends. As she was about to turn 40, she said, she still felt a deep connection to Candace.
"My best friend is forever 13 years old," she said at the time.
Candace's life and death had a lifelong impact on Friesen, said her husband.
"It affected the kind of person I was married to, absolutely," said Elroy Friesen. Some years, his wife had a tough, "emotionally dark" time around the end of November through January, he said. For some, it's a time for seasonal affective disorder, but for Heidi it was the time of year Candace went missing, Nov. 30, to the date her body was discovered, Jan. 17.
Feelings resurfaced whenever there was a development in the investigation -- when a troubled soul "confessed" to her murder and then when Grant was arrested.
"When we heard there was an arrest made, it took a while for Heidi to be able to process all that emotionally," he said. "It was like she went back to being 13 years old, and she had to process that loss."
She took an interest in helping crime victims and joined the advisory committee for Pathways that deals with crime victims' issues and wrote for its journal. The avid photographer had a showing with Victims' Voice at the Mennonite Heritage Centre Gallery.
Candace's abduction and murder didn't just affect her loved ones, said Elroy Friesen.
"It affected a number of people," he said. "Suddenly, kids were dropped off at school," even kids who lived just seven houses away from it, he said. Girls walking in residential areas were on edge -- even afraid -- of approaching vehicles. "My youngest sister darted behind cars until a car had passed."
Knowing what happened to Candace influenced Heidi as a parent, who was really concerned about at what age their kids -- now 20, 18, 15 and 14 -- could take the bus or walk home on their own, he said.
The traumatic losses she experienced helped shape her faith, too.
"She has always lived with one foot in heaven," said Elroy. After losing her mom at seven and her best friend at 13, Heidi miscarried their first son at four months, he said.
"It was always important to her to see them again, and there was a purposefulness in her way of living" he said. "She declared 'I want to see you in heaven,' " he said. "That affects your way of being and how you go about your life," he said.
The families are still connected by their love for the two best friends.
"We're all just intertwined," said Elroy, who also knew Candace as a kid at summer camp and attends the same church as the Derksens' son.
"We have a shared history and experience," he said "It brings us all together, and some beauty comes out of all that. So much good comes out of those difficult things."