November  30, 1984, Candace went missing on her way home from school in Winnipeg, Canada.

This sparked one of Winnipeg's largest searches for a missing person that lasted six and a half weeks. She seemed to have just disappeared into thin air. We hoped for the best outcome, but feared the worst. She was a 13-year-old child in a woman’s body, that moment of vulnerability when one minute they’re a child and the next a woman.

Eventually Candace’s body was found in a shack not far from our home – her hands and feet had been tied. By that we knew someone had forced her there but we didn't know who or why, and we lived with the mystery of not knowing for the next 22 years.

The day her body was found all our friends came to visit bringing warm food with them. There was so much love in the house that it helped us get through.

Through the appearance of a bereaved father at our door, we learned from him that the aftermath of murder can be just as deadly as the act of killing. We decided to fight the trauma, the fear, the anger, and the over-whelming grief that wanted to inhabit our souls.

We chose to take a different path - one of forgiveness. 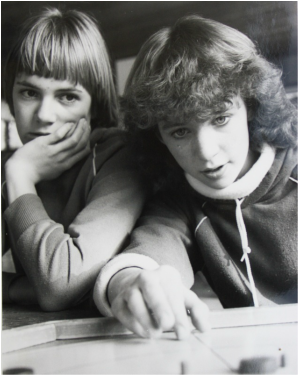 ​
"There were many dark moments when my faith in humanity was sorely tested,
but I would not and could not give myself up to despair.
That way lays defeat and death."
Nelson Mandela